I’m not sure if it is because I got kicked in the head whilst trying to learn to scuba dive this afternoon, probably this would have really pissed me off anyway…but I really don’t understand this situation.

Why has Paul Chambers been prosecuted for this tweet?

‘Crap! Robin Hood Airport is closed. You’ve got a week and a bit to get your s**t together, otherwise I’m blowing the airport sky high!’

As a consequence of posting this tweet he has lost his job, twice, and been convicted of ‘sending a message of menacing character’. The tweet is obviously a joke and would be taken as such by anyone who has any clue about British humour. Here’s a link to the back story as reported by the Guardian.

Contrast this with the disgusting behaviour of a man named Darren Burton who spends his time putting offensive and racist remarks on the Facebook pages of people who have died. I’m not going to repeat any of the dreadful things that he has written in the public domain, they are too offensive.

The BBC recently tracked down and confronted Darren Burton in a recent program: Tracking the Internet Trolls 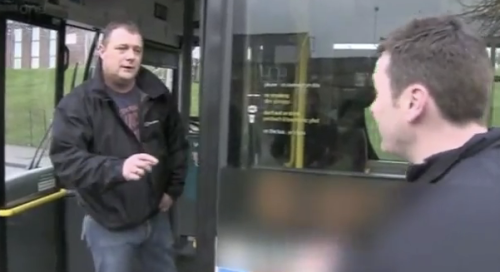 asking him if he has “…ever thought about the people that he is hurting?” His answer is “f**k ’em”

Both these men have posted messages in a public arena using social media, one has been prosecuted for ‘sending a message of menacing character’. The right one? I think not.

What do you think? Is the law an ass?