The first week of my trip to Silicon Valley is a one week holiday with my family :))

We’ve only been here a couple of days but have done some fabulous things already. Taken the Caltrain, which is a lovely ride through Silicon Valley rail stations that have very evocative names like Mountain View, Menlo Park, Palo Alto.  The trains are cool too, big silver, double decker monsters. Love them :))

So, we got @Caltrain into San Francisco, went and got a burger ‘cos we were starving, and loads of people were walking past with Giants shirts on. After a couple of minutes investigation online and some great advice from Twitter friend @DrTimFace we decided to get tickets to go and see the first baseball game we have ever seen. 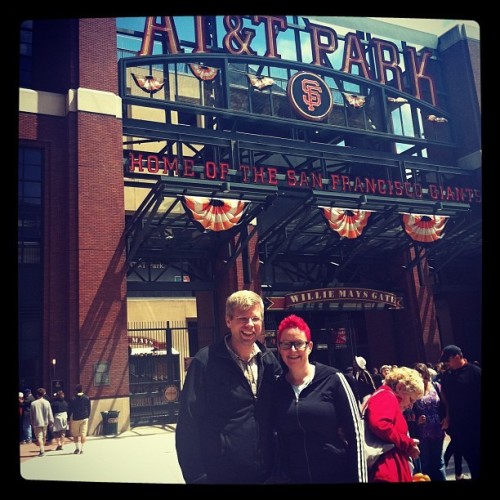 After getting tickets we went for a walk along the seafront for a bit, and then went to the AT&T Stadium to see the game.

It was incredible! Our seats were really high up in the stadium…the cheap seats, but the view was INCREDIBLE 🙂 We could see the game and the ocean behind the stadium.

The guy that was sat next to me very kindly explained the rules, I played rounders at school, it’s not that different so I got the gist of most of it…I think 😉 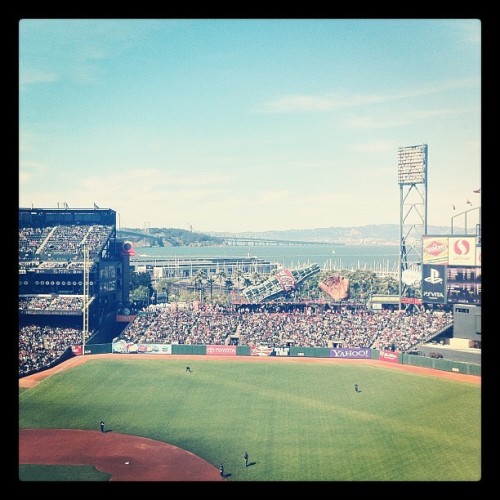 The game was actually a special one, it was one hundred years to the day that the New York Giants first played the Chicago Cubs so the game was played in old style kit and there was organ music through the PA system. What fun.

I love the fact that while 41,239 sat on our asses watching the game, loads of people ran round bringing/selling us food, from hot chocolate to churros to corn dogs and more. As we didn’t know what a corn dog was we decided to get one. As the US guy sitting next to me said “it’s fried and on a stick, so it must be Amercian” ;)) Well, it was delicious. I think my good Scottish friend @baskers would love them ;)) (Hello @Baskers!) 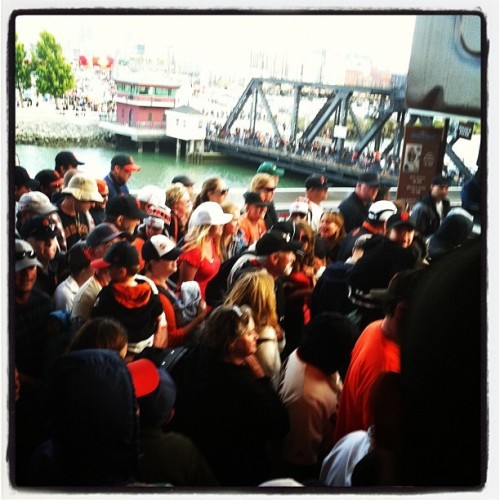 After the game we went to Peet’s Coffee to warm up and then just caught the Caltrain back home.

A FABULOUS first day in California 🙂