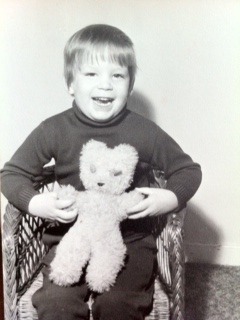 Yesterday, 11th August 2012 was an extremely life affirming and poignant day for me, but it was also tinged with sadness.

I spent the day at Young Rewired State 2012 at The Custard Factory in Birmingham judging incredible apps produced in the previous five days by 7-18 year old kids. It was so exciting to see kids, some of whom had no previous development experience, showcasing the apps that they had produced, helped by wonderful volunteer mentors in less than a week. Yesterday was also three years to the day since my younger brother Stephen committed suicide. Stephen was probably the person who got me into computing in the first place. I remember him taking me to a computer show, I think it was at Olympia, a very long time ago and giving me my first experience of programming. I watched him type a couple of lines of code on a keyboard and then looked on in admiration as a rude message (I wish I remembered what it was, I just remember giggling and thinking we would get told off) displayed repeatedly on the screen. To me it looked like magic, but I now know it was a two line BASIC program, probably something like this:

I didn’t know Stephen as well as I should. Our Mum had died suddenly when I was 12 and my twin brother and sister were 7. My Dad remarried a year later, unfortunately to someone who was emotionally abusive and made our lives a misery. I left home as soon as I was 16 and my brother and sister were forbidden from seeing me. I then moved away to London and didn’t see Sarah and Stephen for some time.

Stephen was a lovely man, gentle and kind with a strong sense of right and wrong. He was always there to stand up for people who needed it. He loved computing, computers and gaming. I so wish he was still around.

How great would it have been for him to have been at Young Rewired State 2012 yesterday with me. He would have absolutely loved it. Loads of excited kids doing very cool stuff with computers, just like he had done all those years ago.

I’m so glad that YRS exists. There are thousands of kids all over the country who can benefit from a bit of mentoring and support, a bit of help towards producing a piece of technology that is not only awesome, but in a lot of cases also very useful. Spending the day yesterday judging kids who had done amazingly cool stuff with technology, and chatting to lots of great people who were excited as me about what the kids had produced, was the perfect way to spend the anniversary of Stephen’s death. It felt like a celebration of the stuff that he loved.

Thank you so much to the amazing Emma Mulqueeny and everyone involved in YRS for making yesterday such an awe inspiring experience.

…and do check out the amazing YRS hacks for yourself…can you believe that they were produced in 5 days by kids? No neither can I, but they were 🙂