I’ve found this letter about my great grandfather Sydney Ambury’s (1885-1944) army service record and his obituary. 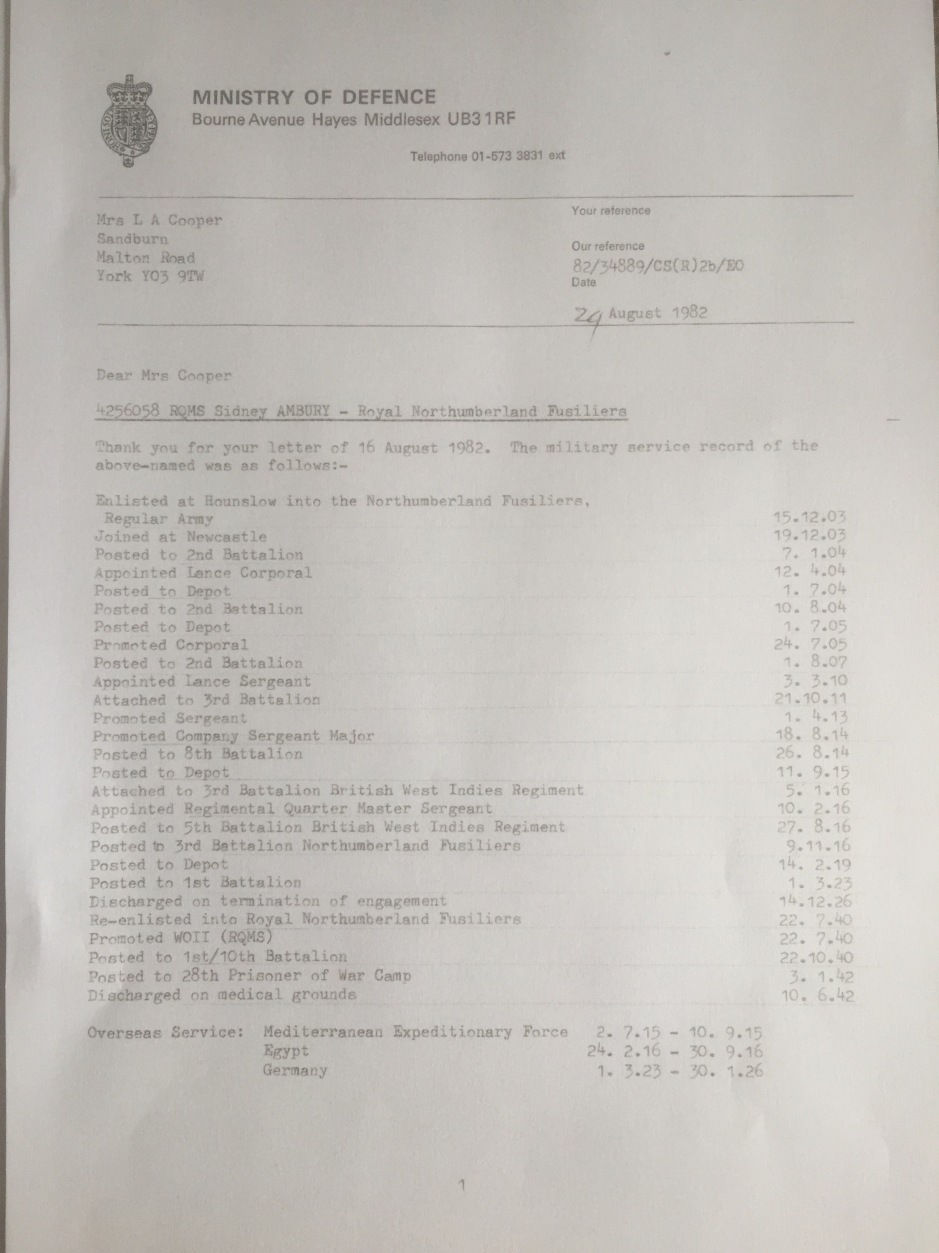 I’d love to understand more about what he did and what it meant. If you can help at all please comment below.

I only discovered a few years ago that Sydney was born Solomon Benjamin Hamburg in Spitalfields the 8th child of Dutch Jewish parents Benjamin Hamburg and Flora Salomon Rina. Previous to then I and the rest of my family had no idea that he was Jewish or that he came from London.

At 17 Sydney enlisted in the army in Hounslow and at 18 started serving in the British Army in Newcastle.

I would love to know anything that anyone can shed light on in terms of my family history and his military service.