At home this evening I heard a cat miaowing strangely in the kitchen. My grown up daughter Emma went to investigate and came back with my younger daughter Leah, and a duckling in a bowl! One of our cats had brought in a small duckling. It was cute and seemed unharmed. We wondered what to do with it. Take it to a vet? Take it to the park near our house where we suspected it had come from? I went on to Twitter and Facebook to find out what the best thing to do was.

The duckling was so cute! Here is the photo I posted it in the bowl that Leah put it in.

Lots of friends made suggestions via Facebook and Twitter, we started to phone the RSPCA only to be told by my friend Fiona on Facebook that the RSPCA might put it down! Oh dear.

We decided to try taking the duckling to the park to find its mother.

Leah put the duckling into a box with a tea towel and we walked over to the park. Our cat Sophie who had brought the duckling in followed us down the road miaowing at us, what was she saying to us?

When we got there we saw some people sitting by a pond, we asked if they had seen a family with ducklings, they said that there was one at the other pond. We walked over to the other pond and saw a mother duck with some ducklings. Leah helped the duckling out of the box and into the pond. The duckling swam across the pond to the mother duck, who attacked it! We screamed “Oh No!” We were scared that the mother would kill it, but she just swam off.

The duckling swam around and around It then cheep/quacked around the pond for about 10 mins. We were really worried watching it swimming around anxiously. Finally it swam to the edge, got out of the pond and started running across the grass. We realised that it was running across to the other pond, the one where we had looked first. 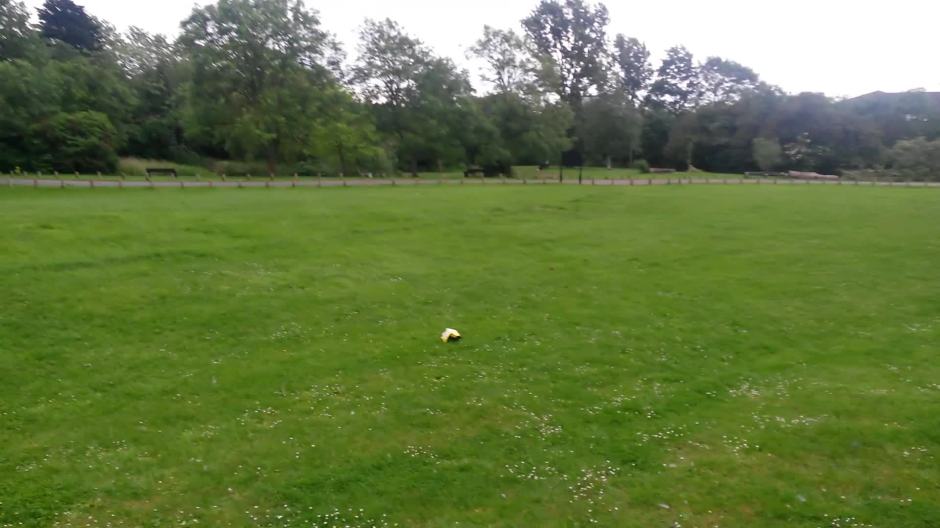 We followed the duckling about 100 metres across the park to the other pond.  Emma filmed it. As we got closer we saw that there was a mum with her six ducklings at the edge of the pond. Our duckling ran over towards the mum, then went straight into the pond and started swimming around with the other identical ducklings. The mum then got back in the water and swam around with all of them. 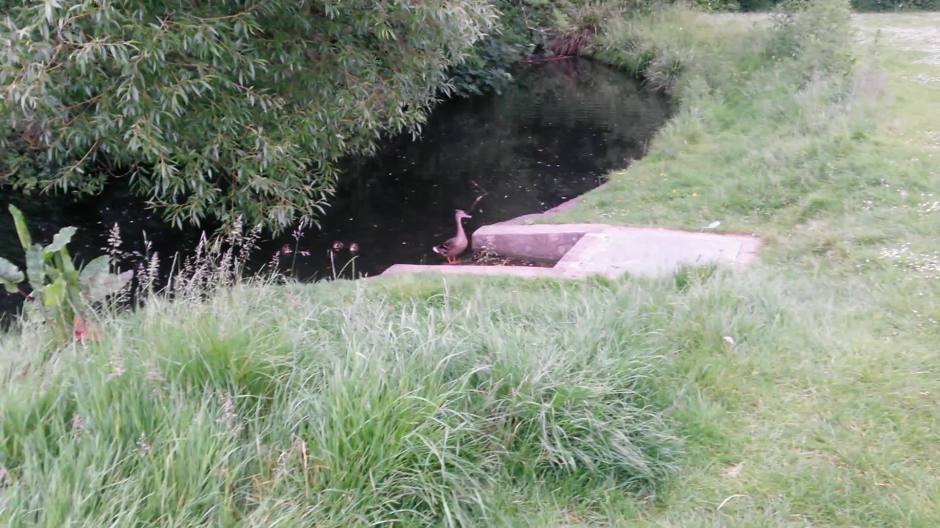 It was really amazing. We couldn’t believe it. Absolutely incredible. We watched them all swimming around together for a while and then came home. What a wonderful result. We had been almost convinced that the duckling was going to perish, but amazingly not only did we find her mum, but also her mum took her straight back as if nothing had happen.

When we got home Sophie was obviously extremely annoyed with us, she sat on the piano swooping her tail around aggressively. Did she bring us the duckling as a present and we had taken it back? I wish she could tell us.

[Been trying to post the video without success, will try again tonight 4/5/13]